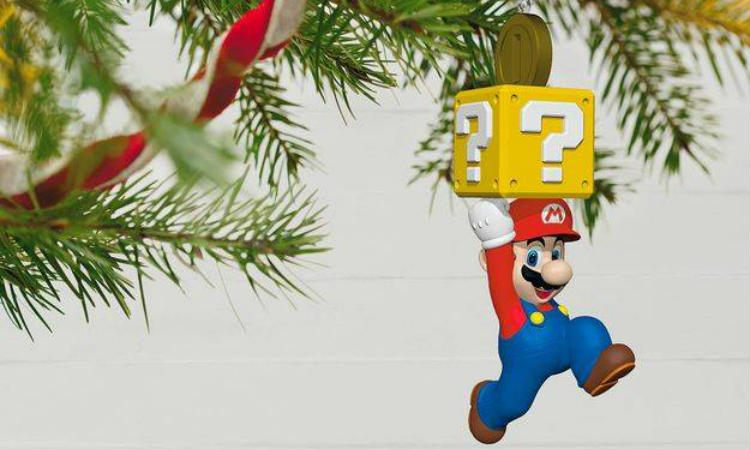 As a gamer, I’m always on the look out for gaming themed items to add to my collection. About ten years ago, my wife and I decided to start collecting gaming ornaments for our Holiday tree. To be honest, there weren’t really that many around. Slowly but surely, we added a few gaming ornaments here and there, building up our collection.

Some people like to add hooks to key chains, amiibo, or even small plushies to make ornaments. It does make for a cool looking tree, but I like decorating our tree with official ornaments. Over the years we have gotten Super Mario Galaxy, Mario Kart 7, and Zelda ball ornaments, but something just seemed to be missing. 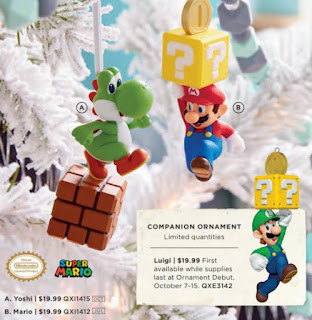 Late last year, the greeting card and keepsake company, Hallmark announced that they were partnering with Nintendo to bring special Super Mario Christmas ornaments to stores.

And, in early May, Mario, and Yoshi ornaments were put up on Hallmark’s website. Luigi was spotted in the company's Keepsake Dream Book and is listed as being available October 7-15 in limited quantities.

As much as I love video games, I knew I had to get these. The first ornament, Super Mario was announced for a July release date.

Hallmark has an annual special Ornament Premiere Event all their stores, and this year it runs July 15th until July 23rd. Now I must admit, earlier this week I stopped by the Hallmark Store at Eaton Centre, here in Toronto. I wanted to see if they had started working on the displays for the Ornament Premiere Event.

Much to my delight, they were busy working on getting the display up. I tried to peek behind the mysterious curtains to see if I could spot the Super Mario ornament. Unfortunately, Mario was no where to be found.

After spotting him on the wall, next to the Where's Waldo and Texas Tom and Jerry ornaments—I frantically searched for his location on the shelves below. The Hallmark Store had only gotten three ornaments in and I was one of the lucky ones to get one. 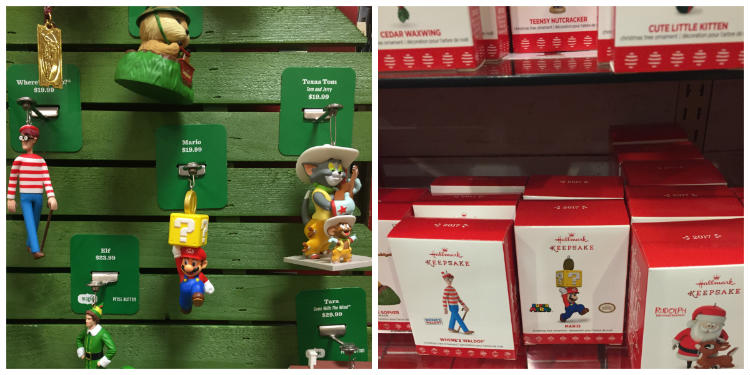 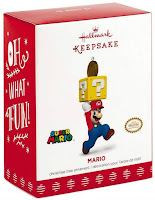 The Super Mario ornament comes in a standard box that shows the Mario ornament on the front, and the back of the box has Hallmark's short little description of what a Keepsake ornament is. Upon opening the box, I found the ornament to be wrapped in white tissue paper that was adequate enough to keep the ornament safe when it's in the box.

The Super Mario ornament measures in at 30 mm W x 94 mm H x 38 mm D. It's not too big and not too small. It's a perfect size for your Christmas tree, a shelf for your collection, or even at your desk at work.

As you can see, this ornament features Nintendo's iconic Italian plumber, a mystery box and a gold coin. I was surprised at just how detailed this ornament is. Mario has seams on his overalls and there are little numbs on his gloves—just like in the games. The over all build quality of the ornament is impressive and doesn't feel cheap. 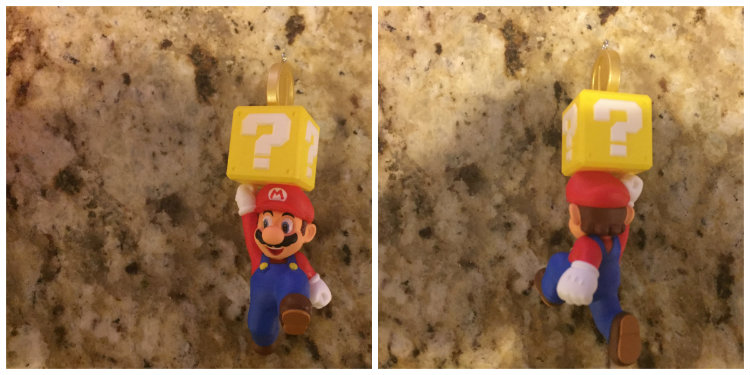 If you are a gamer and love Nintendo, you're going to love Hallmark's Super Mario ornament. The ornament is extremely detailed and has excellent build quality. It's priced at $19.99 here in Canada and is available at your local Hallmark Store. Though, I recommend calling before heading out, as I have heard from several other people that their store has already sold out.

The Nintendo brand as of late is on a roll. With the overwhelming success of the Nintendo Switch, and great games available such as The Legend of Zelda: Breath of the Wild, Mario Kart 8 Deluxe, Ultra Street Fighter II: The Final Challengers and ARMS.

What's better yet is that there are even more great games on the way to the Switch including Splatoon 2, Sonic Mania, Mario + Rabbids: Kingdom Battle, Pokken Tournament DX, FIFA 18, and Super Mario Odyssey to name a few.

The next two ornaments in the series, Yoshi and Luigi, will be available come October. I'm already looking forward to getting my hands on those to complete my collection. Let me know in the comments section below if you were able to pick up one of these ornaments and what you think.