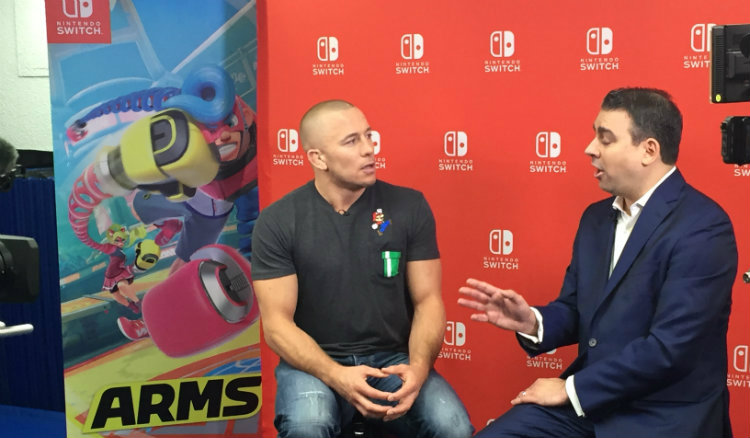 Just recently, I was invited to OpenMat MMA by Nintendo of Canada for a special sneak preview of their upcoming Nintendo Switch fighting game ARMS. Much to my surprise, not only was this event a preview of the game but also a 16-person tournament with the winner getting a chance to face-off against Canada's ultimate champion: George St-Pierre!

Upon arriving at OpenMat MMA, I was graciously greeted with a giant ARMS sign to acknowledge I was in the right place. Since the preview and tournament was taking place right on the mats of the gym, in true MMA fighting style, I was asked to remove my shoes before stepping on the mats.

After checking in and receiving my official ARMS badge, I was directed to two giant signs. One of the signs, ARMS 101, was a quick rundown of the gameplay mechanics of ARMS. While the other sign was the official ARMS tournament championship competition sign—where my name was quickly added to the list.

All participants were given 30 minutes to practice before the 16-person single elimination bracketed tournament of ARMS began. Food and drinks were available to get everyone “fueled” up before the event, which consisted of sandwiches, fruit, water, and pop. 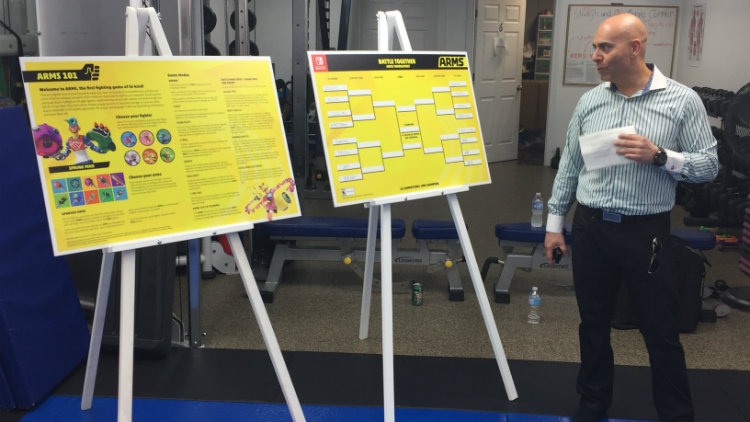 Getting ready for battle

I quickly made my way over to one of the stations to start getting ready for the tournament. During the ARMS Global Testpunch, Master Mummy was my character of choice. However, I wanted to test out one of the most talked about characters of ARMS, Twintelle.

Although I was impressed with Twintelle’s Star Struck ability, slowing all incoming attacks for a short period of time, I though it was in my best interest to stick with the character I knew best, Master Mummy.

There were four stations setup for the tournament, and as the tournament began the first four sets of contenders dawned their Joy-Cons—including yours truly. It was a best two out of three, and after stiff completion from Spring Man, I advanced to the quarter finals. 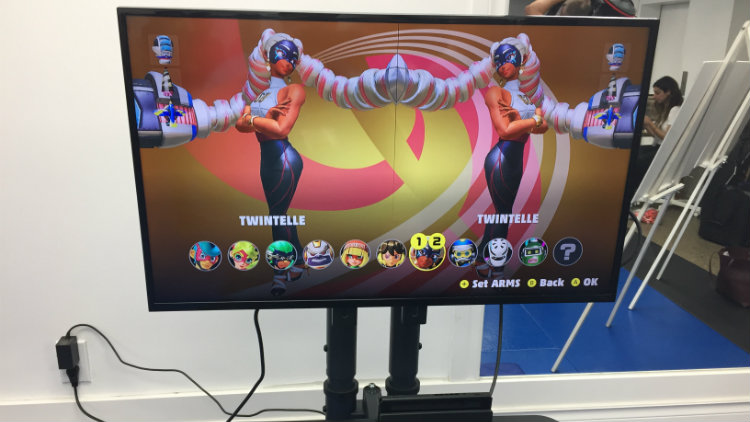 A game that is fun and easy to pickup and play

Although I suffered defeat to my long time friend Paul Hunter in the next round, what was apparent from everyone at the event was how much fun they were all having. You see, the beauty of ARMS is that you don’t have to be a hardcore fighting veteran to enjoy this game.

One of the main things about ARMS that is going to draw people to the game, is its simplified motion controls and deep strategy. ARMS differentiates its self from other fighting games by being so easy to pickup and play—think of Wii Sports boxing but 100 times better. 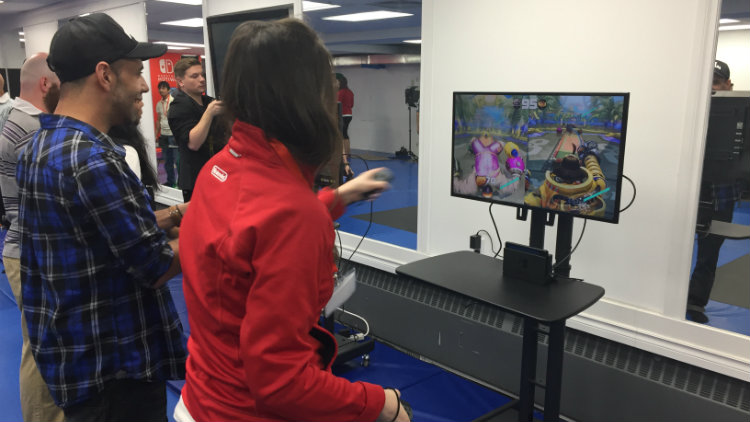 You can move, dodge, jump and punch by moving the Joy-Con controllers around in front of you. You can even grab your opponent with both arms and pull them closer to you, and deal out some serious damage. Additionally, there is a deep strategy to the game that you can explore if you want to.

If motion controls aren’t you thing, you can choose to use standard controls with the Joy-Cons in the grip or by using a pro controller. Regardless of which control method you use; the game is an absolute blast to play. 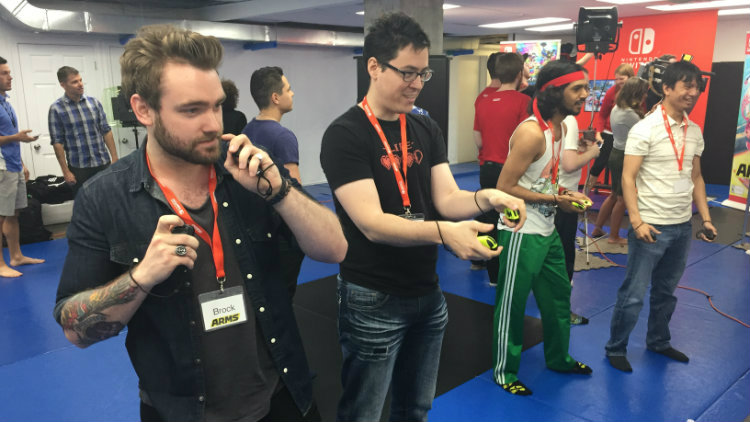 Though in the end I didn’t win the tournament, and get to face George St-Pierre for all the glory. It really didn’t matter, what I enjoyed most about this media event was ARMS. After playing ARMS for several hours, I have no doubt that ARMS will be one of Nintendo’s next biggest hits on the Switch.

After the event I met up with the man himself, George St-Pierre, and chit chatted about games. Interestingly enough, George is a big time Nintendo fan and loves Mario Kart just as much as I do. How cool is that?!

ARMS launches Friday, June 16. With a colourful cast of characters, and environments that play a big part in battle, I can hardly wait to take on my friends and family both online and off. A special thanks to Nintendo of Canada for the invite to the event.