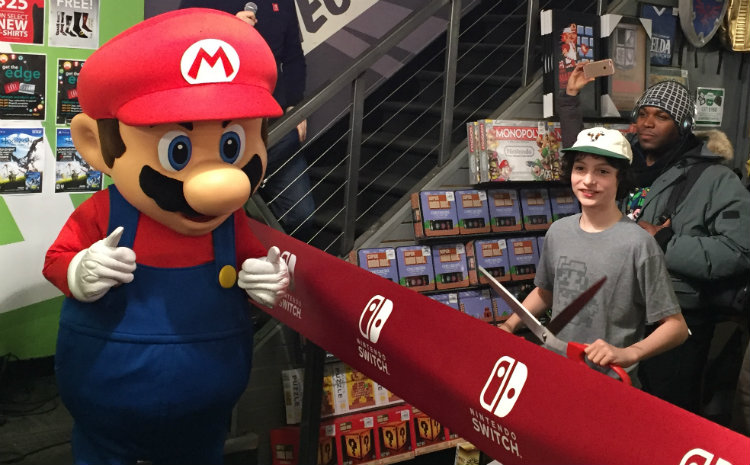 Nintendo's hybrid console is now available worldwide! I had the esteem pleasure of being at the official Canadian Nintendo Switch launch event at EB Games' flagship store on Yonge-Dundas here in Toronto at midnight. Enthusiastic Nintendo Switch fans started lining up at 4pm this afternoon, 8 hours before launch, to be the first in line to get a hold of Nintendo's new revolutionary device.

In the final hour before launch, Stranger Things star and Nintendo fan Finn Wolfhard stopped by along with the main man himself, Mario, to celebrate the launch. It was a cold night in Toronto, and fans were allowed to line up in the store. The store quickly filed with Nintendo fans, and the line inevitability went out the door and down Yonge street.

The crowd was pumped for the Nintendo Switch and fans were able to meet and greet with Mario. To help pass the time, trivia questions relating to Nintendo were asked and prizes given out. Those waiting in line were given The Legend of Zelda Breath of the Wild posters, Nintendo Switch bags, and pins. 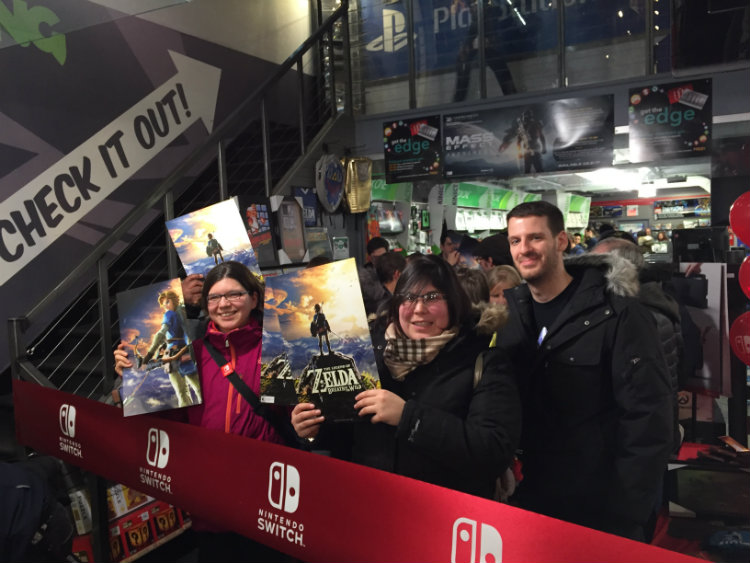 It’s clear to see that the Nintendo Switch is off to a great start and looks like there will be a solid flow of great titles to come to the system later this year. Stay tuned for complete review of the Nintendo Switch, the Pro Controller, The Legend of Zelda Breath of the Wild, 1-2-Switch, Super Bomberman R, and Snipperclips.