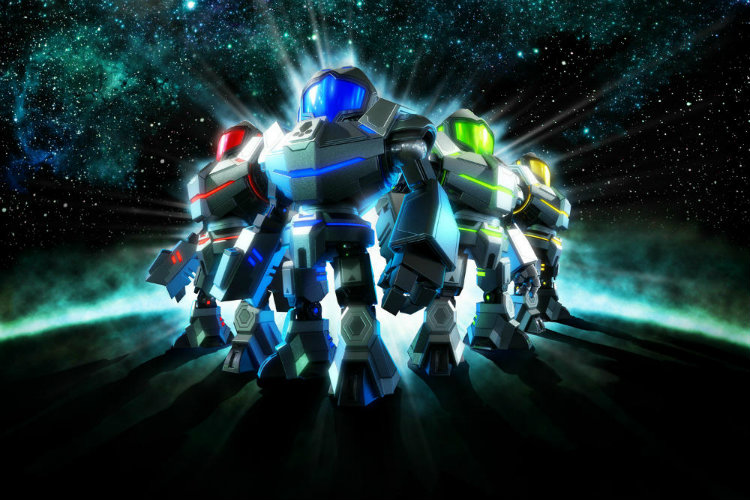 Developed by Next Level Games out of Vancouver, this independent game developer has been working exclusively with Nintendo since 2004. Produced by Kensuke Tanabe, producer of all pervious Metroid Prime games, Metroid Prime: Federation Force has plenty to see and do that is sure to please fans and those new to the series alike.
An expanded universe 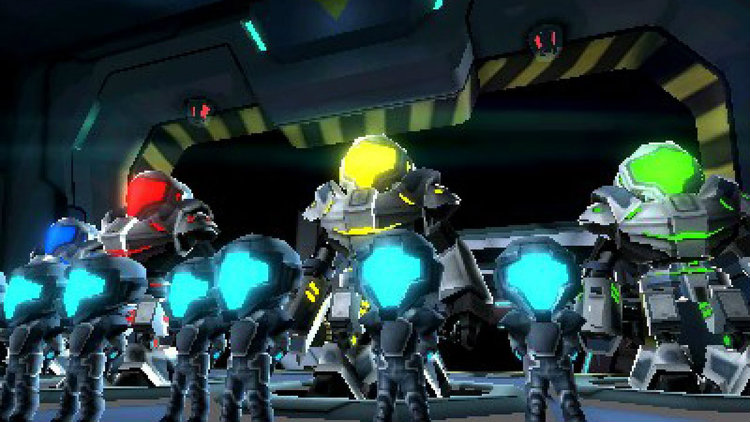 For the most part, Metroid Prime: Federation Force will have you fighting enemies, solving puzzles, and conducting some form of platforming. The game now progresses though a mission format instead of allowing you to free-roam. Before heading out on a mission you will need to decide which mods, equippable items that beef up your weapons or other items that you are going to take along with you. 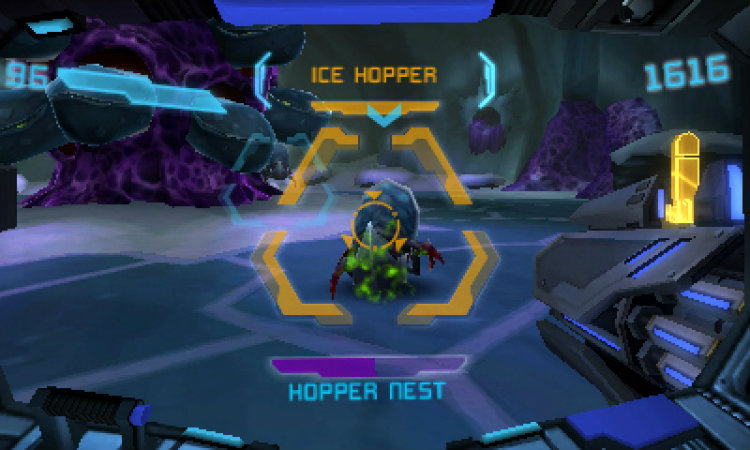 On top of the standard multiplayer game, Next Level Games has included a fast-paced multiplayer Blast Ball mode. Using your Mechs, two teams of three face off against each other shooting a ball while attempting to blast it into the other team’s goal. With very few instances of online lag, Blast Ball’s simplistic gameplay is a ton of fun to play. On top of all that, Blast Ball has its own set of unlockables and skins, with amiibo skins based on the Super Mario Bros. 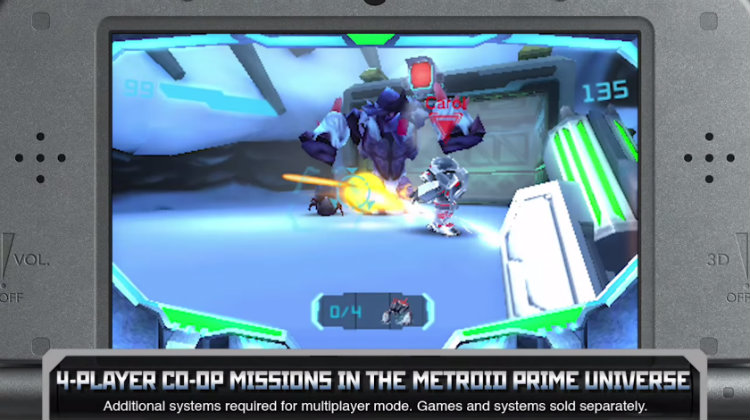 Metroid Prime: Federation Force is jam-packed with content that will keep you coming back to play after you have beaten it. Each stage and difficulty in Metroid Prime: Federation Force have their own set of medals to unlock at the end of each mission, and medals are awarded for completing the level with high scores. Furthermore, each mission has a bonus objective and par time to complete.

If you have a New Nintendo 3DS or a 3DS NFC Reader, can tap the Samus or Zero-Suit Samus amiibo figures to get added firepower on the Federation Force missions. Moreover, there is support for even more amiibo. 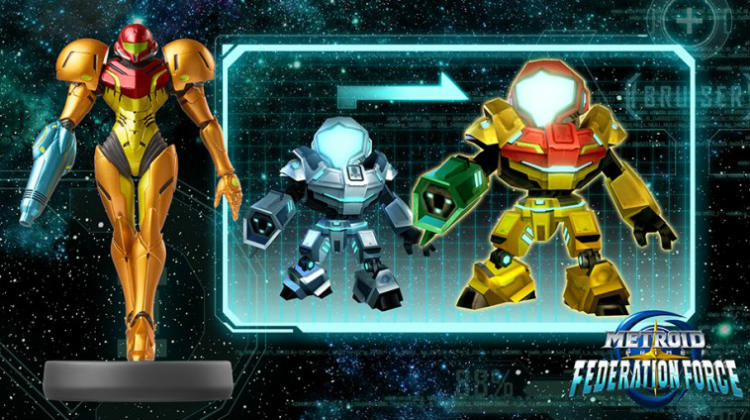 Metroid Prime: Federation Force looks bright and colourful on the Nintendo 3DS’s screen—screen shots do not do the game justice. The character animations are simply exquisite for the portable device, and character design is similar to that of Metroid Prime.

Not to be outdone, Next Level Games have included a wonderfully orchestrated soundtrack that you will want to listen to with a set of headphones.