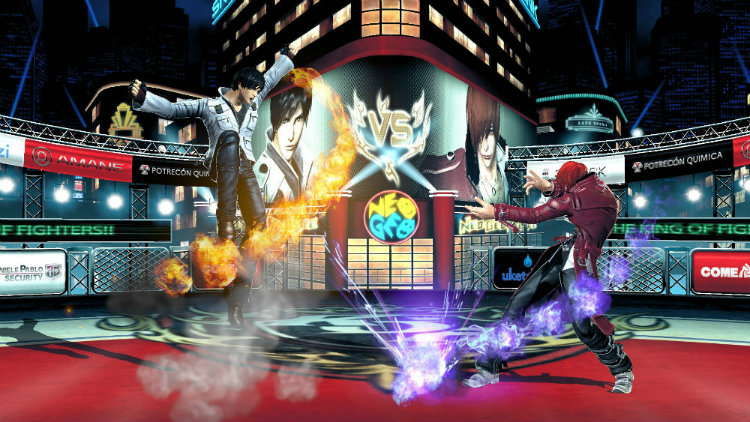 The King of Fighters XIV features the same core gameplay elements that fans know and love. You get the same powerful and strategic classic 2D gameplay in addition to the 3-on-3 Team Battle game systems that helped make the series popular amongst gamers. To bring the series into the modern era, SNK has tweaked and refined gameplay in The King of Fighters XIV that now allows for greater character mobility.

Max Mode has been improved and refined with new features, as you can now unleash new EX special moves. In turn, this allows you to perform extended combos and deal a lot more damage against your opponent for maximum effect. New to The King of Fighters XIV is a newcomer friendly RUSH Mode, which allows to pull off a flashy combo while dealing out a fair amount of damage with a few simple presses of the buttons. Consecutively, the new RUSH Mode allows The King of Fighters XIV to build a community where gamers will feel welcome and not as threatened by long-time fans of the series. 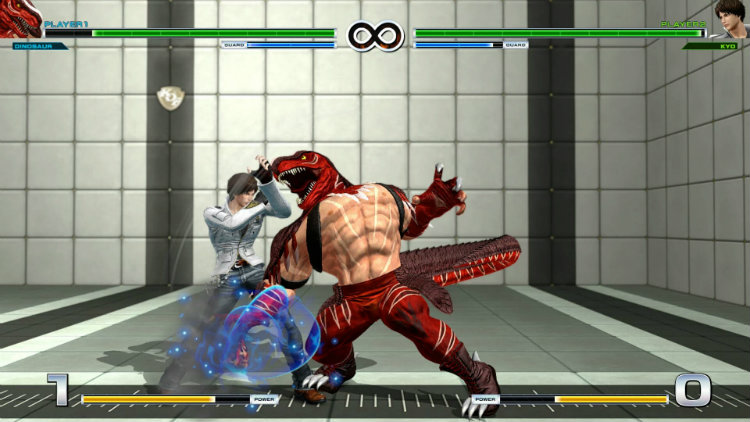 Although the King of Fighters series has traditionally been a 2D sprite based game, SNK felt that the series needed to evolve and decided to go characters that were fully 3D rendered. This decision was initially met with some criticism amongst fans, but SNK listened to fans and has made improvements such as textures, facial features, and lighting.

Ultimately, SNK did a fantastic job with their 3D models; fan favourite characters as well as new characters look stunning. The non-stop fighting action runs at crisp and clear 1080p with a silky smooth 60fps that is quite impressive to watch and play. 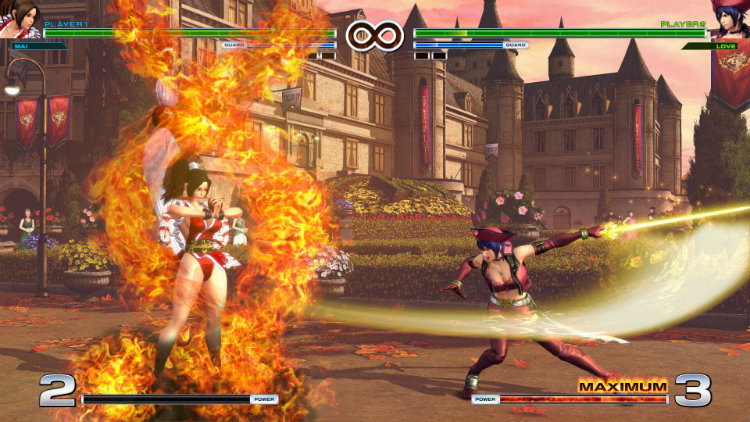 A wide variety of characters to choose from

As I began to play The King of Fighters XIV, I found myself compelled to try out the vast majority of characters. What I found was astonishing, every single character was in some way or another unique and had their own personalities that set them apart. While some other fighting games just clone characters and change their appearance, its clearly evident that SNK took their time and did it right.

While some other fighting games this year may have launched without a story mode, I was happy to discover that The King of Fighters XIV came with a full-fledged story ready to play out of the box. Each playthrough unlocks promotional art from previous games, and if you can even unlock the mysterious final boss. 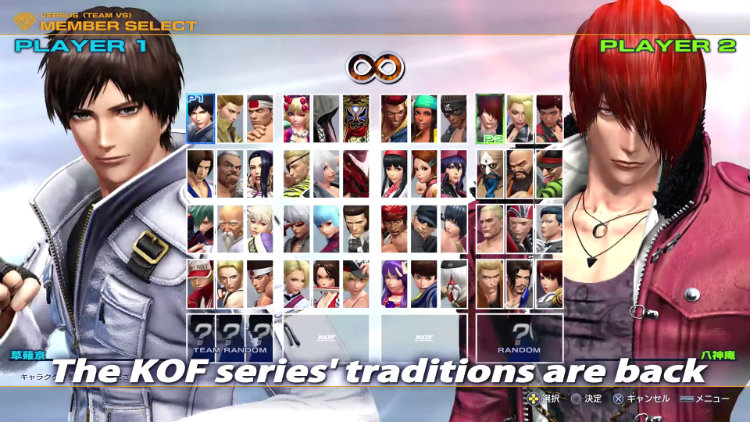 The King of Fighters XIV supports 1-2 player local play as well as 2-6 player online play. By utilizing the PlayStation 4’s online architecture, The King of Fighters XIV has benefited greatly with vastly improved online gameplay compared to previous installments in the series. You get the standard fair of online modes such as Ranked Match, Free Match, or Online Training.

Additionally, SNK has added a new Party Battle mode to The King of Fighters XIV, which allows you to play with up to 6 people online in 3-on-3 battles. I never really had any issues with online connectivity, and I absolutely love the new Party Battle mode. Trust me on this one, you are going to love it! 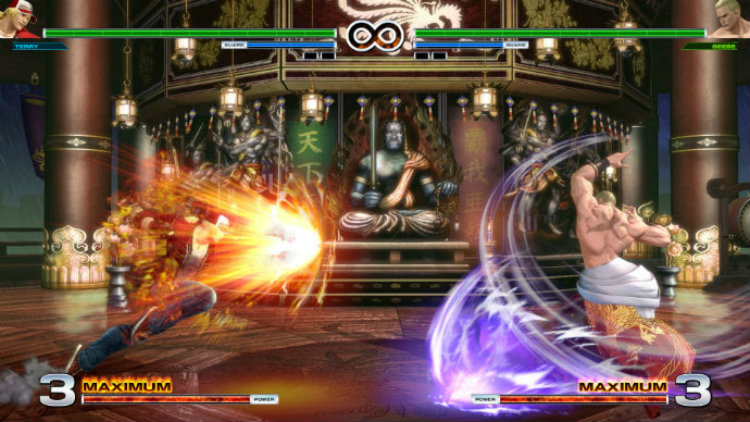 In addition to the Story Mode, The King of Fighters XIV has a wide variety of gameplay modes that include, Survival, Time Trial, Training, Trials, and Versus. Survival and Time Trails are just as you would expect, you are limited to one character and either take out your competition as fast as possible or try to survive for as long as you can. Training mode allows you to practice battles with your favourite characters, and allows you to change your opponent’s actions or power gauge amount.

With several refined gameplay tweaks, streamlined controls, improved netcode, and a new online Party Mode, and 50 fighters available at launch—The King of Fighters XIV is one of the best games in the franchise. The refined gameplay tweaks make The King of Fighters XIV accessible to not only experienced fighting game fans, but also the average gamer looking to get into the series.

If you love fight games, then The King of Fighters XIV is game you will not want to miss.