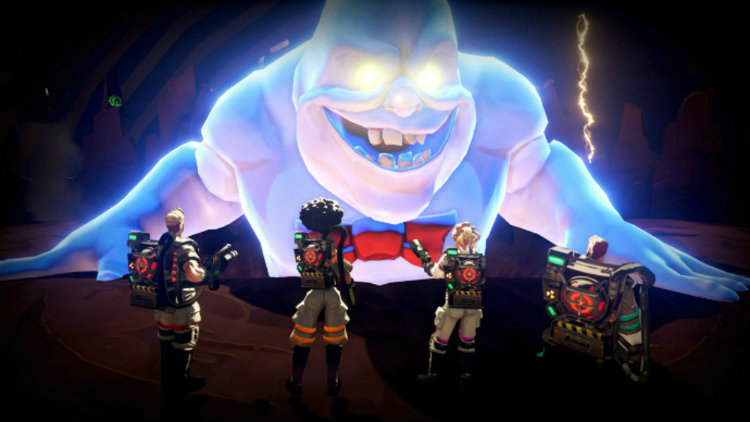 Grab your Proton Pack and join the Ghostbusters from some ghoulish fun in their latest adventure on the PlayStation 4 and Xbox One from Activision. This brand new original adventure takes place just after the events of the new Ghostbusters film, as you control a rookie squad of four through some of New York City’s most ghoulish environments. Included in this game are some of the most incredibly frightening and loveable Ghostbusters characters, you will encounter classic characters such as Spark, Gertrude Eldridge, and my all-time favourite, Slimer.

New York City is left in the hand of a rookie squad of ghostbusters as the four women from the Ghostbusters movie are busting ghosts for the president of the United States. With a vow to rid the city from ghouls and ghosts, your squad is composed of two females and two males, which come equipped with their own unique weapons. Although the opening cinematic of Ghostbusters refers to the girls in the new movie, those looking for a substantial tie in to the motion picture will feel a little let down.

However, the game’s plot mimics most of the movie’s plot as you try to catch all the ghosts that escaped from the girls in the film. As a bonus, two new original bosses have been added to the game that are not in the motion picture. Although initially I was bummed that I couldn’t play as the girls from the movie, these two new bosses more than made up for it. 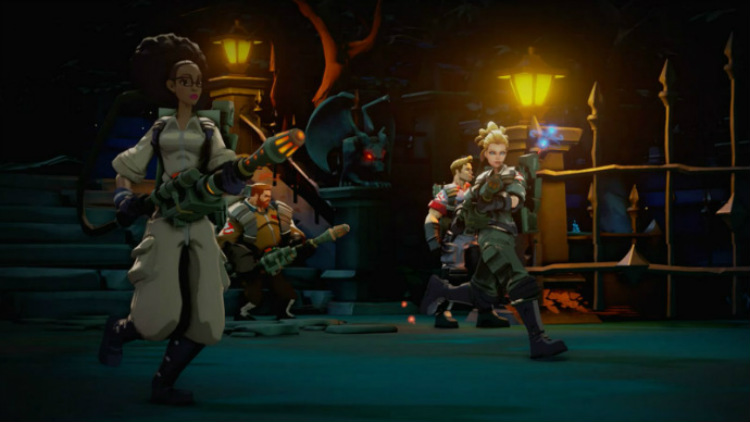 Ghostbusters sports an overhead isometric third person view, which in turn gives you a good view of all the on screen action. Each character can be powered up after completing a level with the standard upgrades such as improving weapon damage, movement speed, health, etc.

Interestingly enough, FireForge Games incorporated an element of strategy to Ghostbusters in terms of your weapon use. If used too much, your guns will overheat and leave you wide open to attack. Therefore, you will need manage these carefully by using the exhaust button to cool them down.

FireForge Games did a decent job in the game’s level design, which offers a good variation that initially will keep your interest. However, the more I played Ghostbusters the more it became apparent that the levels were getting too big and spread out. While the early stages were straightforward and could be completed in 5-10 minutes, later levels could last as long as 45 minutes and became tiresome halfway through.

Activision and FireForge Games included a neat little minigame that is triggered when you come across a powerful ghost. To get the baddie in your trap, you need to move the thumb stick in the reverse direction of the host and feverishly press buttons to score multipliers. Surprisingly, I never grew old of this and trying to get the most points was fun. My favourite feature of Ghostbusters was its four-player local player co-op mode. Even though it was the exact same game as the single player mode, playing with up to three other friends was fun. Though Ghostbusters its self is not that difficult to get through, playing with family and friends sitting with me on the couch made the overall experience more enjoyable.

While an online multiplayer option is missing from Ghostbusters, I feel that Ghostbusters is best enjoyed with family and friends around you. 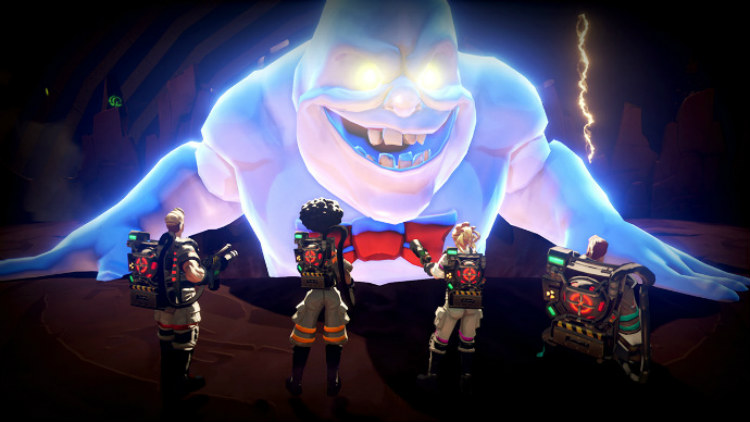 Ghostbusters uses the Unreal Engine 4 and has a 80s style cartoon appeal with bright vibrant colours that I adored. FireForge Games did an excellent job creating an environment where the ghosts, ghouls, graveyards, and haunted mansions looked terrifyingly wonderful.

If you are long-time Ghostbusters fan, then you are in for a treat when it comes to the music in the game. When you first boot up Ghostbusters the classic Ghostbusters theme song starts to play, which sets the tone for ghost busting action and will send shivers down your spine. 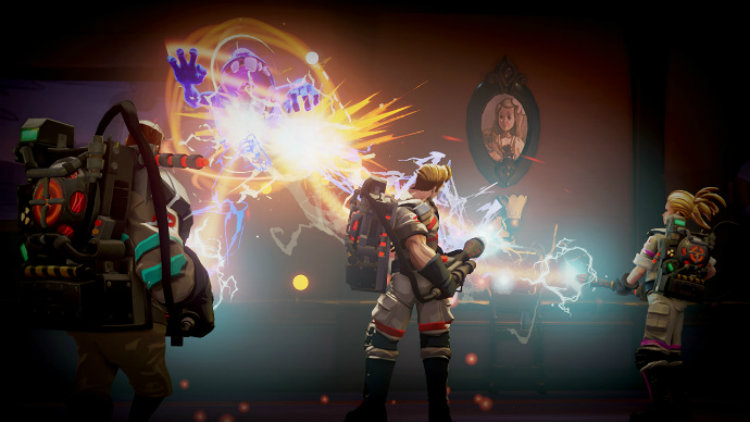 Overall, I had a good time playing Ghostbusters. I loved the unique character design, colourful graphics, and the local co-op four-player mode. On the hand, some levels are excessively big and ultimately made me loose interest while playing by myself.

With that said, if you are looking for a multiplayer game to play with family and friends on the couch, which will not give an overly tough challenge, Ghostbusters is right up your alley.