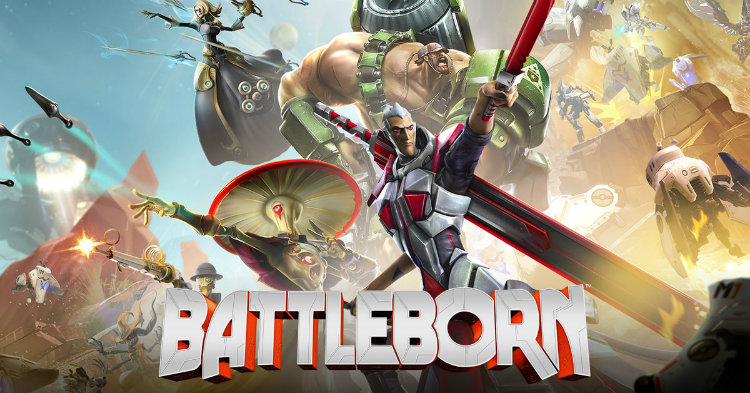 After 5 years of development, Gearbox Software’s brand new IP, Battleborn, with 25 unique playable heroes has launched for the Xbox One and PlayStation 4. Allowing for an unprecedented customizable character growth, Battleborn gives you a unique gameplay experience that you will not soon forget. Unlike other first-person shooters, Battleborn is unique in that it fuses multiplayer online battle arena (MOBA) elements into its gameplay.

With 25 unique playable characters, a narrative-driven story mode, and 3 different competitive multiplayer modes, Battleborn is shaping up to be one of Gearbox Software’s biggest games this year.

A charismatic and diverse cast of playable characters

In Battleborn you play as one of 25 different characters, know as either Heroes or Battleborn. Your mission is to protect the universe’s very last star from a mysterious evil that is trying to take control. You’ll need to use every type of character and weapon you have to take down the evil army.

Each of Battleborn’s 25 characters possess a unique style that perfectly blends in with the high-paced team battle gameplay. With a single weapon, a talent that is often a secondary attack, a passive ability, two skills, and an ultimate skill—Battleborn’s characters are well equipped to take out the evil army. 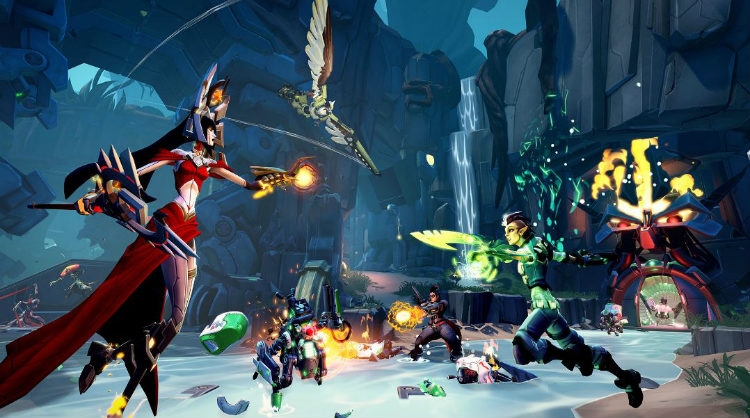 If you are looking for nonstop action, then Battleborn is right up your alley. Right from the get go you are thrust into battle before you even hit the title screen. Acting as a tutorial, you’ll quickly learn the game’s controls and get an idea of the fast-paced gameplay that lies ahead.  Upon successfully completing training, you are then introduced to Battleborn’s eight-episode story mode. This multi-chapter narrative experience can be played alone or co-operatively by up to five friends via split screen and online.

Just like an episode of a Saturday morning cartoon, each chapter contains a unique plot, which stands on its own and pushes the overarching story of the game forward.  Your mission objectives vary from defending power cores to reaching checkpoints on a massive play field while surviving against swarms of enemies. Whoa! In addition, by picking up crystals found on the battlefield that act as an in-game currency, you can build turret guns or even have a sentry drone follow you for added firepower. Bonus! 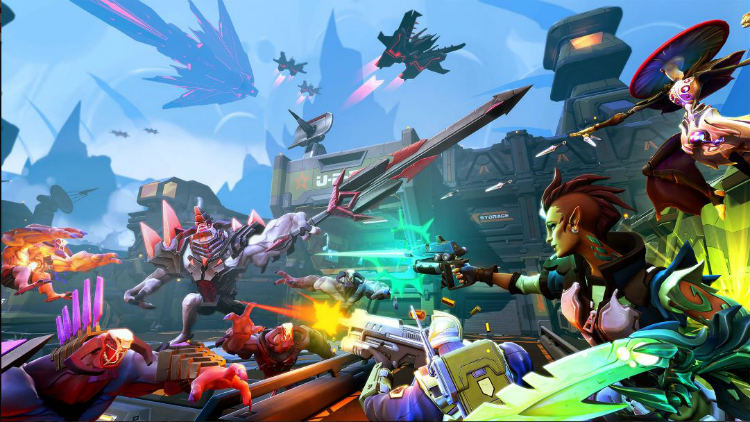 While Battleborn is entertaining playing by yourself, the major attraction lays within its competitive online play. Apart from playing the story mode online, you can also team up with other players to fight in massive 10 player battles on three competitive multiplayer modes.

The first competitive multiplayer mode is Capture, which is the classic capture-and-control showdown between two teams. The second mode is my personal favorite, Meltdown, in this mode, each team escorts waves of minions to their death, and you score points for every minion who is thrown into the incinerator. The team with the most scrap metal at the end wins the match. The third and final mode is Incursion. Most like a MOBA, each team has two Spider Sentry Drones that must be protected. 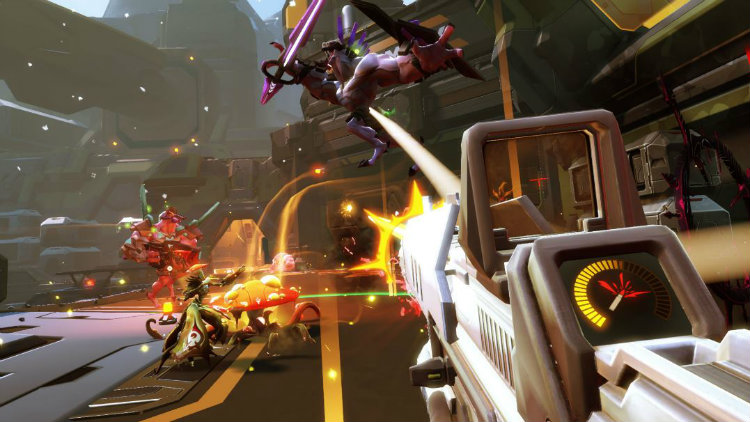 Visually, Battleborn is an outstanding game with an incredible amount of texture work that is impressive. The distinctive Saturday morning cartoon look makes you feel as if you are playing a cartoon or in the panels of a comic book. The exaggerated art style of the environment, weapons, and characters all fits seamlessly together. Even with the constant on screen action, Battleborn never fails to keep up without a hitch. 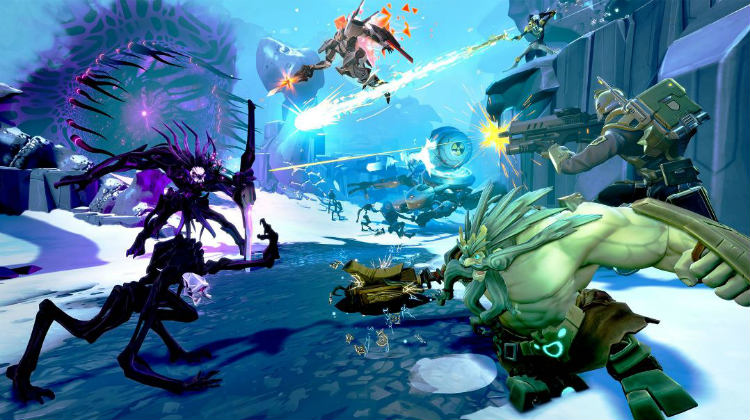 Battleborn is a unique and solid first-person shooter / MOBA that is a hell of a lot of fun to play. All of the game’s 25 characters stand out and kept me busy trying to master them all. 2K Games has shown their commitment to making the new IP successful with several updates that have added new Versus maps, tweaked gameplay, new playable characters, and new taunt customizations.

The multiplayer aspect of Battleborn is by far the best part of the game, and even though you can play by yourself, you’ll hardly want to. Battleborn is a solid game that you can’t go wrong with.