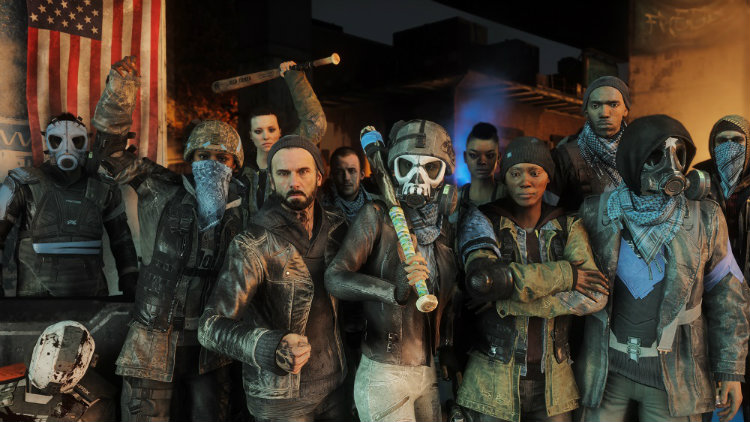 The long awaited, and much anticipated sequel to THQ’s Homefront, Homefront: The Revolution is now available on the PlayStation 4, Xbox One, and PC. After THQ, the publisher of Homefront, filed for bankruptcy in December 2012 and then began selling its assets in January 2013, the fate of this first-person shooter was unclear. After bouncing around, the Homefront intellectual property was sold to Koch Media, the parent company of Deep Silver.


In March of 2015, Deep Silver announced it was delaying Homefront: The Revolution to 2016 to give the development team enough time to make the game the best it could be. As the game was finishing development, a closed beta for the game took place in February that helped iron out any remaining bugs.

Let’s take a look at Homefront: The Revolution’s story, gameplay, graphics, and the online multiplayer component of this first-person, open-world marvel. 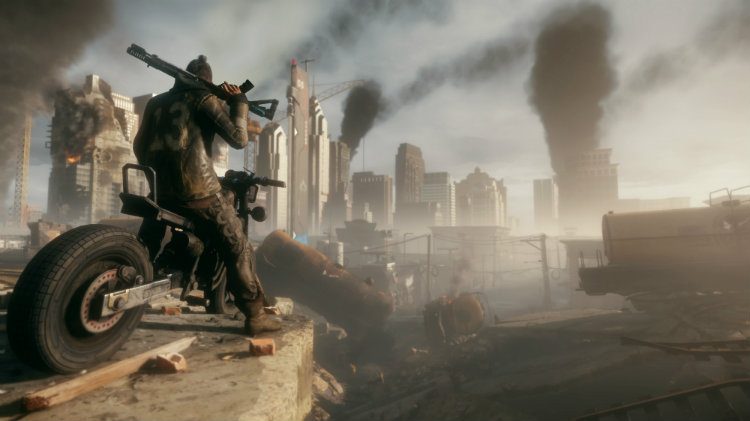 Set in the year 2029, Homefront: The Revolution takes place in an alternate time where the digital revolution of the 1970s took place in North Korea’s Silicon River, rather than California’s Silicon Valley.

After becoming the world’s most powerful and influential nation, controlled by the APEX Corporation, North Korea sells weapons technology to the United States military. After years of multiple conflicts in the Middle East, which resulted in a massive war debt, the United States economy collapses, and defaults on its debt to North Korea.

Seeing an opportunity to seize the United States, North Korea uses a backdoor installed in all APEX technology to shut down the United States military and invade. Homefront: The Revolution starts in Philadelphia, a heavily policed and oppressed city, where its inhabitants are living in constant fear of the Korean People’s Army (KPA). You’ll play as Ethan Brady, a member of the resistance, as you try to take control away from the KPA and bring back freedom in the birthplace of the United States’ constitution.

I was quite intrigued and drawn in with the depth and complexity of Homefront: The Revolution’s story. Being a mature rated game, as you might expect it deals with themes such as oppression, privacy, and the desperate measures that one faces when dealing with overwhelming odds. The story in Homefront: The Revolution plays an important role in the game, if you go in guns blazing with little regard you’ll miss a deep and rewarding story. The way in which the story unfolds over the course of the game allows you to build a connection with the characters, and ultimately immerses you into their war torn world. 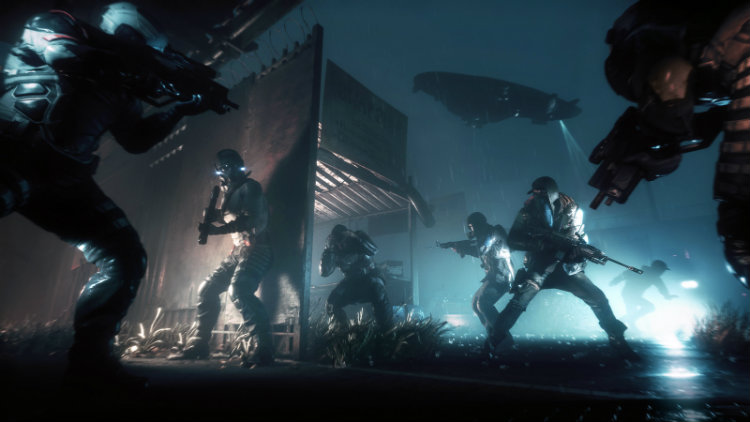 Homefront: The Revolution is a very different game than its predecessor. You are now able to explore a massive open-world that is filled with many districts, and a whole slew of characters to interact with. Unlike other first-person shooters, Homefront: The Revolution offers challenging gameplay that requires strategic planning for each and every move. The AI is no slouch either, if you take out an enemy it will cause other members of the KPA to investigate the soldier that has dropped out of radio contact.

Be prepared to ambush your oppressors with surprise attacks, and then hide in the shadows before reinforcements arrive. Here’s a little tip, equip your weapons with silencers and wait until nightfall before attacking KPA troops. Using this technique allowed me to stay undetected most of the time. Trying to take on a full-blown legion of troops will get you nowhere; it’s this type of strategy, which makes Homefront: The Revolution standout amongst other games in the genre.

You’ll have a full arsenal of tools at your disposal such as a hack tool, homemade bombs, guns, and remote control explosive cars that will help to combat the KPA’s drones, air support, and vehicles. One of my favourite things that I love about Homefront: The Revolution is its modular weapons system. It gives you the ability to change up your firearms in the field so that you’ll never be without protection. Take for example a shotgun; it can easily become a fully automatic weapon or even an inferno launcher.

A living and breathing world powered by CryEngine

Homefront: The Revolution uses the CryEngine to create dynamic weather and day and night cycles, detailed textures, and impressive details on the characters faces that are remarkable. In terms of graphics compared to its predecessor, Homefront: The Revolution is a technical marvel—the leap in graphic fidelity is stunning. Running at a solid 30 fps on both the PlayStation 4 and Xbox One, it’s a real testament to the power of the CryEngine and its power on consoles.

On the PlayStation 4, the game runs at 1080p and at 900p on the Xbox One. To be honest both versions are virtually identical and no matter which system you own you’ll be impressed. It’s rare to see the attention to detail that Deep Silver and Dambuster Studios has put into this game, it really shows you just how committed they are to providing the best experience for Homefront fans. 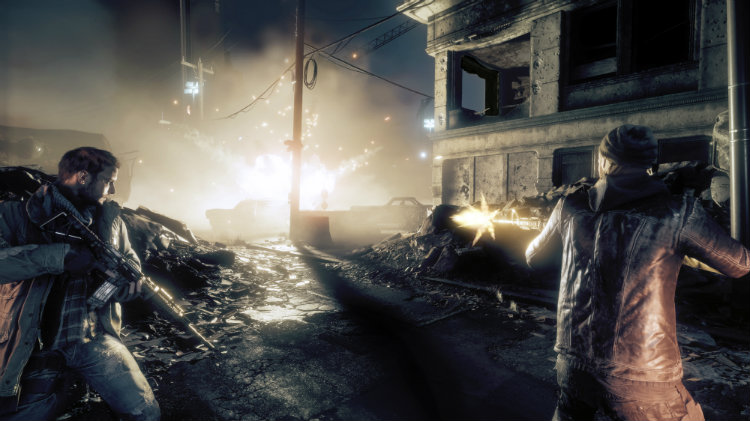 Unlike the first Homefront, which features a competitive multiplayer mode, Homefront: The Revolution features a four-player co-operative multiplayer mode. Known as Resistance mode, it has its own characters that you can upgrade, new weapons and outfits to unlock, and its own classes and perks. After I completed the campaign, I spent countless hours of fun with the online component.

The game offers 12 co-op missions containing large maps, where you’ll hack radar dishes, escort stolen vehicles, and ride motorcycles while evading the enemy. While it may not be in the same class as Call of Duty or Halo, Resistance mode is enjoyable and is a great supplementary experience that you and your friends will enjoy.

The gameplay, even on the easiest setting, was challenging yet rewarding. It took me a few hours of playing to adapt to the new gameplay style, but after that it was smooth sailing. The online component, while nowhere near the calibre of Call of Duty or Halo, offers an enjoyable experience that kept me coming back after finishing the campaign.

Platform(s): PlayStation 4, Xbox One, and PC