CO/GAMER: 5 Reasons Why MLB The Show 16 is a Grand Slam

With the Major League Baseball season just underway, it’s time to break out your baseball bat, glove, and ball with MLB The Show 16—available exclusively on PlayStation. Developed by the team over at SCEA San Diego Studios, MLB The Show 16 packs more gameplay improvements into this year’s game than in franchise history.


Quite possibly one of the best baseball simulation games ever, MLB The Show 16 features Toronto Blue Jay’s own Josh Donaldson on the cover—the first athlete to be on both Canadian and American covers of the game. Let’s look at five reasons why MLB The Show 16 is a Grand Slam. 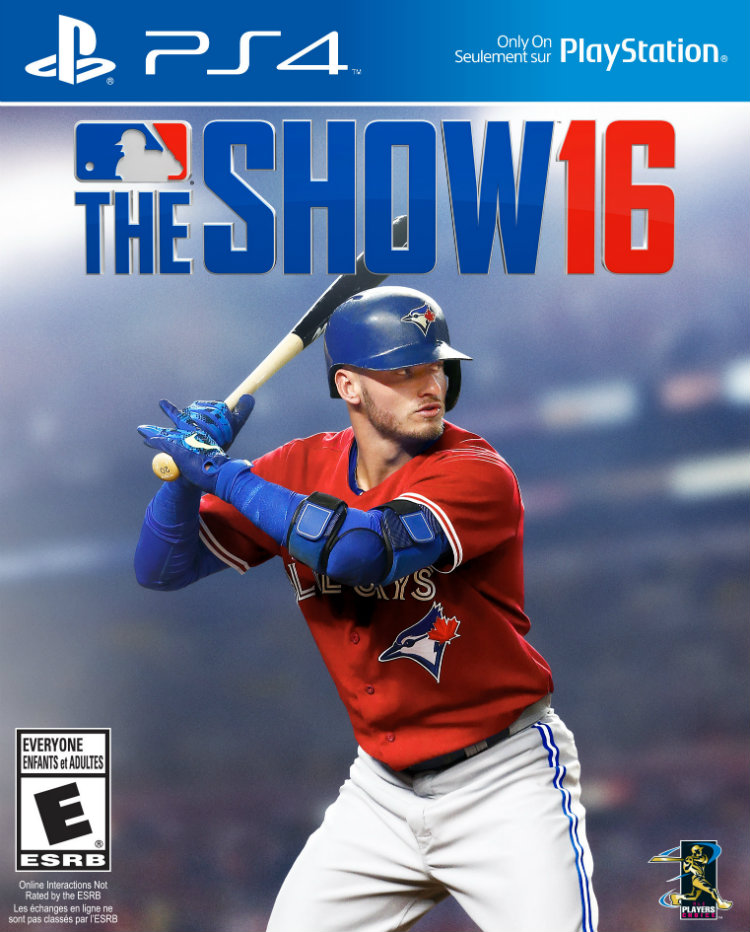 MLB The Show 16 is without a doubt the best-looking game in franchise history on the PlayStation 4. In addition, a whole bunch of new animations have been added to this year’s game—resulting in an unparalleled baseball experience on home consoles. Not to be outdone, the team over at SCEA San Diego Studios has done a remarkable job recreating stadiums around the league.

With lifelike visuals and supper smooth animations, MLB The Show 16 totally immerses you in the baseball experience like no other. 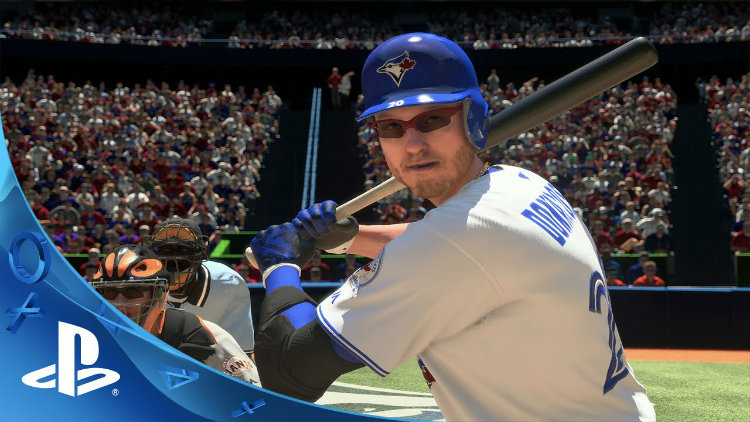 Battle Royale allows you to build a team based on a 25 round draft. In this elimination Battle Royale, you’ll take on other players’ drafted teams in an online showdown. As you win, you’ll earn rewards with a chance at Battle Royale specific rewards. Loose too many games, and your team will be eliminated.

Conquest mode is a single-player online mode, which you’ll take your Diamond Dynasty team across North America with the hopes of becoming the most popular team in the league. By defeating your opponents on their home turf, you’ll conquer their territory and obtain team-specific rewards along the way. In MLB The Show 16, the team at SCEA San Diego Studios has given Diamond Dynasty a decent amount of upgrades over previous games. Working with baseball analytics firm Inside Edge, MLB The Show 16 has a Daily Player Rating for every single day of this year’s MLB season. Running on a scale of one to five stars, the Daily Player Rating varies day-to-day depending on the real world performance of any given MLB player. In turn, this makes Diamond Dynasty the central hub for all the latest stats on every player in Major League Baseball.

The upgrades don’t stop there, a whole slew of new players and iconic baseball legends have been added to MLB The Show 16. In addition, by completing missions you can now unlock XP, new cards, and more. It’s clear to see that SCEA San Diego Studios have put their heart and soul in this game to ensure its success. 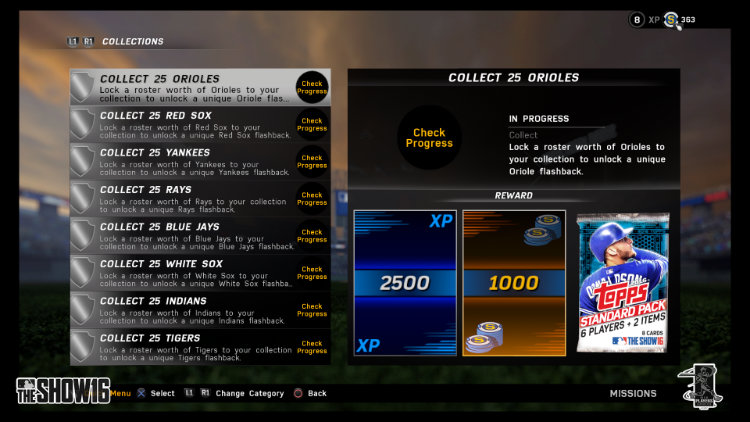 The second best reason that MLB The Show 16 is a baseball fan’s fantasy come true is the addition of an exciting new gameplay feature called ShowTime. For all intensive purposes, ShowTime is a slow motion mode allowing you to make finer and more focused decisions. Fielding, base running and pitching benefit the most from ShowTime’s slow motion features.

Imagine early in your career, being able to precisely deliver the ball anywhere in the strike zone, catching a fly ball with ease, or stealing a base. In an effort to ensure that ShowTime wouldn’t be overused, you’ll have to unlock perks that will allow you to use ShowTime. Run out of perks, and you won’t be able to use ShowTime anymore. 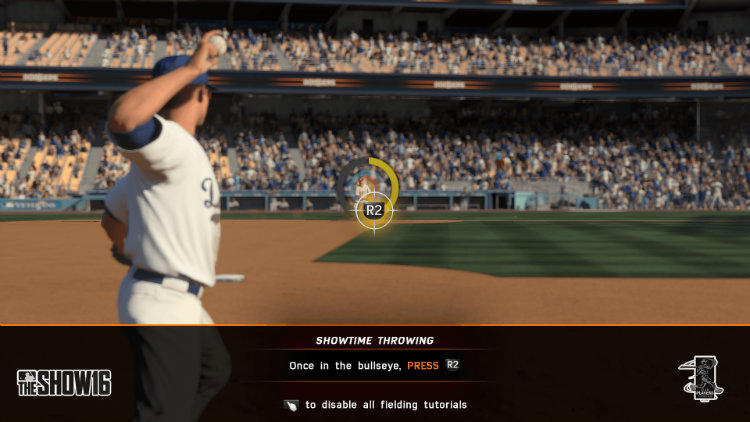 Road To The Show gets meaningful upgrades

One of the best new features of MLB The Show is the ability to play the career-simulation Road To The Show games without ever having to navigate through the main menu between games. This ingenious update to MLB The Show 16 keeps you immersed in the game with little to no breakup in gameplay. So awesome!

MLB The Show 16 features a brand new scouting report system, which is based upon hitting and fielding drill results during Bowman Scout Day. The new 20-80 point style is the same method used by actual MLB scouts. During your training, you will unlock two types of perks, consumable and passive.

Consumable perks allow you to choose when to use them, and are limited to one use per game. These range from pitching only fastballs to eliminating foul balls at bat. While on the other hand, passive perks are active immediately once equipped. Passive perks give you the upper hand in critical situations, such as forcing your pitcher to throw strikes. 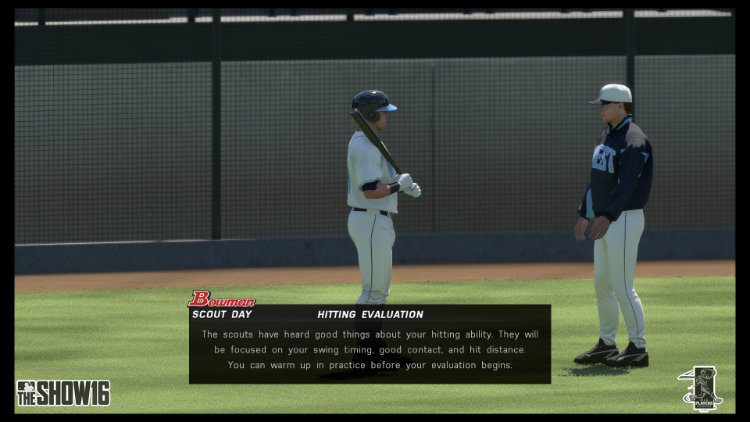 The MLB season has only just begun and already there is plenty to get excited about. There is without a doubt no other baseball game that even comes close to offering the same caliber experience, which MLB The Show 16 does. With 30 teams, hundreds of players, and more updates to this year’s game than I can count on my hands—MLB The Show 16 is a baseball fan’s dream come true game.

Let me know in the comment section below what your favourite new addition to MLB The Show 16 you like the most. And remember always keep swinging!